This exhibit was curated by Corrine Porter for the U.S. National Archives. You can view a narrated video tour of the exhibit in the box below or scroll through the digitized exhibit on the Rightfully Hers: American Women and the Vote web page here.

Most Americans consider the ability to vote fundamental to the enjoyment of full citizenship. American women, however, were long denied that right. In 1920, American democracy dramatically expanded when the newly ratified 19th Amendment to the U.S. Constitution prohibited the states from denying the vote on the basis of sex.

This landmark voting rights victory was made possible by decades of suffragists’ persistent political engagement, and yet it is just one critical milestone in women’s battle for the vote. In celebration of the 100th anniversary of the 19th Amendment, Rightfully Hers: American Women and the Vote highlights the relentless struggle of diverse activists throughout U.S. history to secure voting rights for all American women. 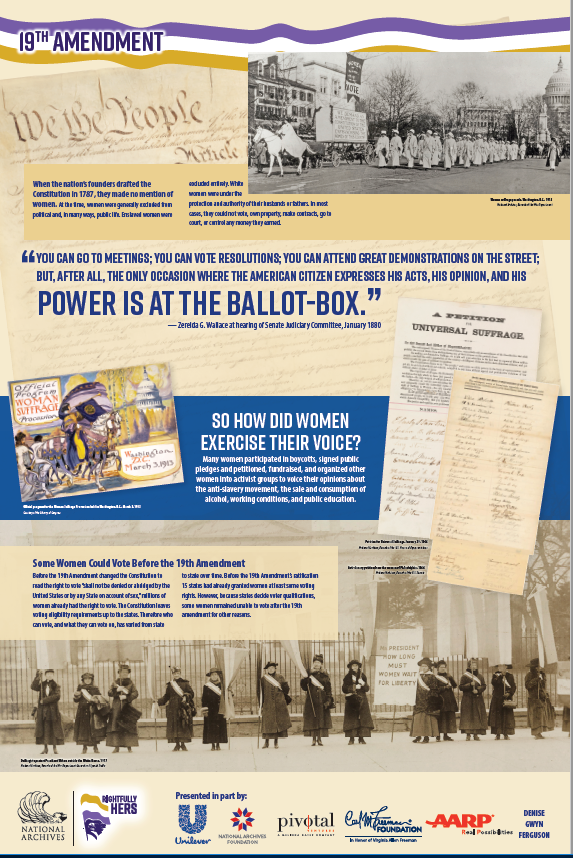 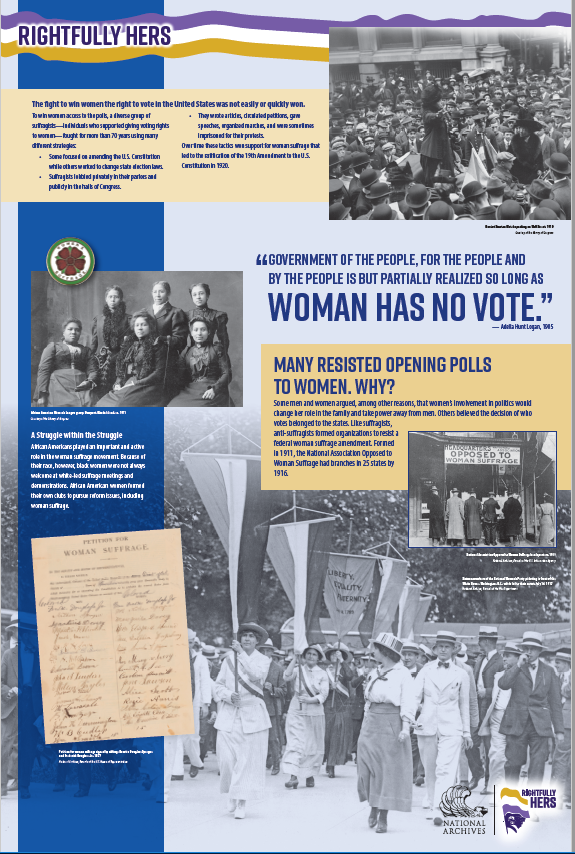 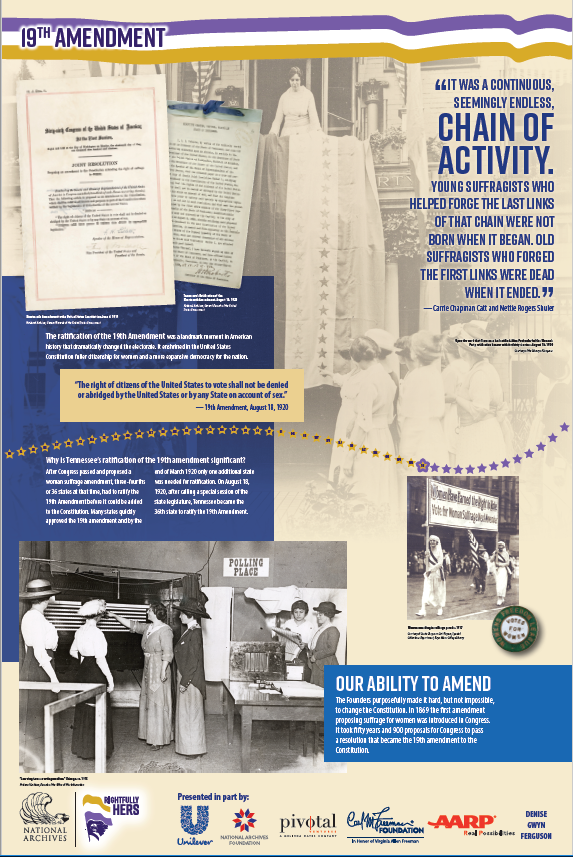 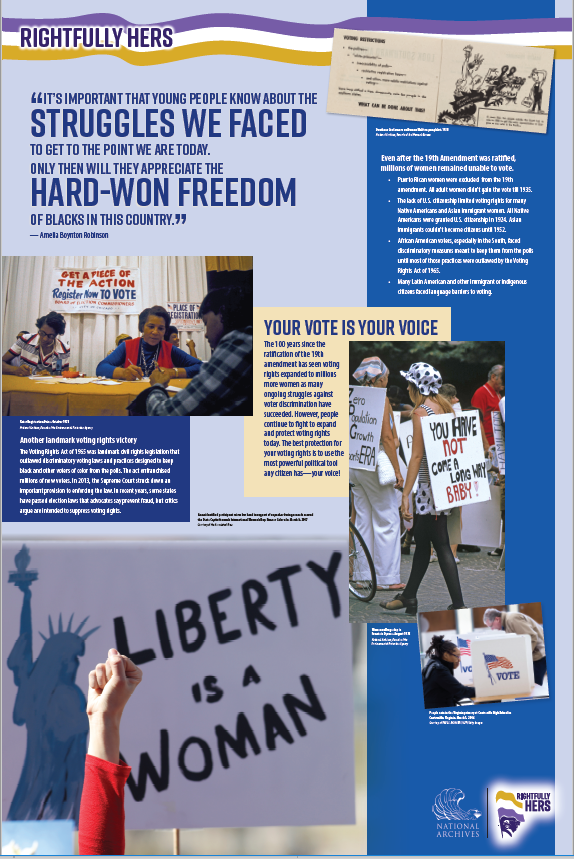