In July 1848 more than three hundred people assembled in Seneca Falls, New York, for the nation’s first women’s rights convention. At this meeting, Elizabeth Cady Stanton read her now-famous “Declaration of Sentiments” protesting women’s inferior legal status and listing eleven resolutions for the moral, economic, and political equality of women, the most radical of which demanded “the elective franchise.” Stanton’s original Declaration is believed lost, but this rare printed version has survived. Source: Library of Congress (LOC)

Click on the image to be redirected to this and other important documents of the first women's rights convention. 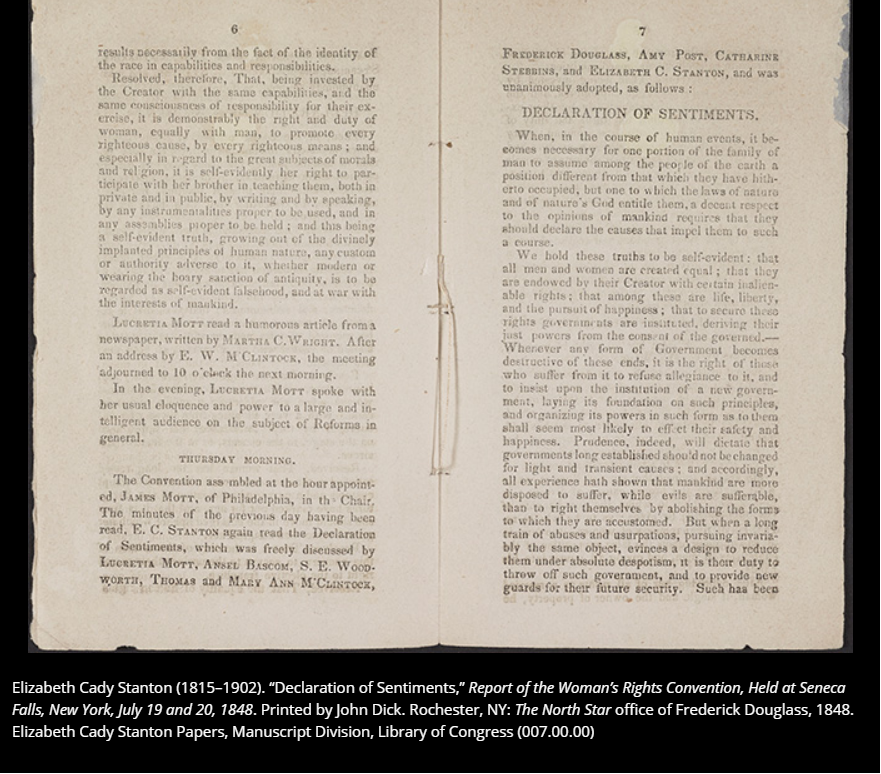