Do you have a guilty pleasure book?
I always treasured the Chilton’s manual for a 1976 Oldsmobile Cutlass Supreme. I get lost in the diagrams and it contains so many pretty pictures.

What is your favorite genre? Which do you avoid?
My favorite genre is good writing. I avoid the book of Leviticus at all costs. It is kind of like reading the Swimming Pool rules at your local neighborhood swimming pool for the years 1000-332BC.

What is a book that you’re afraid to read?
Anne Geddes Little Blessings. The pictures are even more terrifying.

What book is currently sitting on your nightstand?
I have several books that currently populate our nightstands. The Age of Surveillance Capitalism by Shoshana Zuboff; The Old Gringo by Carlos Fuentes; The Beak of the Finch by Jonathan Weiner; Difficult Women by Roxane Gay.

What’s the last great book you read? The last book you recommended to everyone you know?
Novel: The Road by Cormac McCarthy; book of inductive non-fiction Sapiens by Yuval Harari. 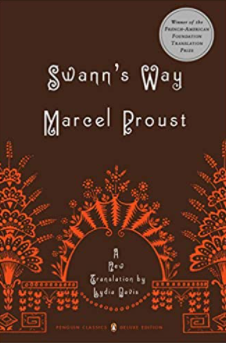 Are there any classic novels you read recently for the first time?
Swann’s Way by Proust. Like life, it contained some sublime moments, though reading it also resembled the waiting room in our auto repair shop, at times, which seems like it was kinda the point of the ‘memoir’.

Do you have a favorite book no one else has heard of?
Not many people have heard of Dictionary of the Khazars by Milorad Pavic. It is a novel based on a ‘discovered’  encyclopedia. Pavic based it on the real conversion of the Khazar peoples to Judaism in the 8th/ 9th century. It is written as two halves, with one a ‘female’ dictionary, and the other a ‘male’ dictionary, and the halves are differentiated by only one paragraph of text.

What’s the last book you read that made you laugh?
Letters from a Nut by Ted L Nancy. It is a compilation of his actual correspondence with a broad range of businesses (hotels, restaurants, casinos, Hanes corp., etc.) with a variety of increasingly absurd/ bizarre ‘fake’ requests [like one where he says he invented the 5 day underwear, with rotating leg hole openings]. It also provides their responses to his letters, which engender more chuckles than his inquiries, at times.

What’s the most interesting thing that you learned from a book recently?
That the human (Sapiens) brain mass and size has shrunk somewhat (approx. 10%) over the last 10,000 years or so, particularly since the so-called Agrarian Revolution, or from the time humans have ‘domesticated’ plants and themselves. Similar evidence exists that there is a commensurate decline in the brain mass of domesticated animal species (dogs, cows, sheep) in relation to their wild cousins. This raises so many interesting questions to ponder. 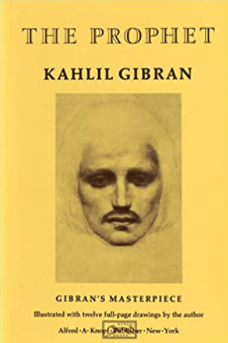 What book might people be surprised to find on your bookshelf?
The Prophet by Khalil Gibran

Who is your favorite fictional hero or heroine? Your favorite antihero or villain?
Raskilnikov. Same.

What book would you most like to see turned into a movie or TV series that hasn’t already been adapted?
DSM-V The Diagnostic and Statistical Manual of Psychiatric Disorders (Fifth edition), by the APA. Acted out and read by Sir Anthony Hopkins, Javier Bardem and Angela Merkel.