What is your favorite genre? Which do you avoid? 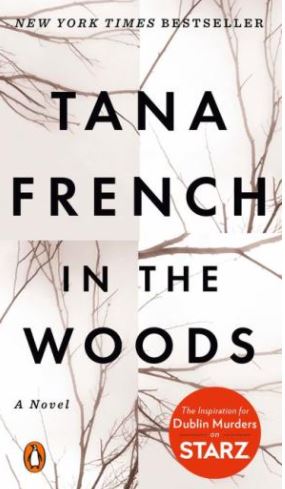 I think the question asks about genre fiction like mystery, science fiction, etc. Is that right? The Dublin Murder Squad series has not let me go since Tana French debuted In the Woods in 2007. Though I don’t claim murder mysteries as a favorite genre, I claim Tana French’s supernaturally-inflected Dublin crime novels as a subgenre I adore. As to a genre I avoid, I don’t think I have one. I’m a sucker for well-crafted sentences. That’s how I fell into the Dublin Murder Squad.

What is a book that you’re afraid to read?
For the sake of self-preservation, I stay far away from William Styron’s Darkness Visible. Styron’s deep focus on clinical depression hurts. Most of the Confessional School Poets died by suicide, but their verse doesn’t work on me like Styron’s prose. I could study Robert Lowell’s  “Waking in the Blue,” “Memories of West Street and Lepke,” and “Skunk Hour” all week and feel inspired rather than gloomy. How does Lowell do that? With brilliant imagery, exquisite sounds, deep vulnerability, concrete detail, etc. Read this aloud:

I have a nine months' daughter,

young enough to be my granddaughter.

Like the sun she rises in her flame-flamingo infants' wear.

From “Memories of West Street and Lepke”

Look at that last line. “…like the sun she rises…” reads almost cliched, but then he gives us that singular “flame-flamingo infants’ wear” and the line is not just redeemed, it’s sublime. Do you see that exotic little bird grab the slats of her crib to haul herself up? Even in his depression, Lowell surprises us.

What is a book you dislike/hate that everyone loves? Do you remember the last time you put down a book without finishing? 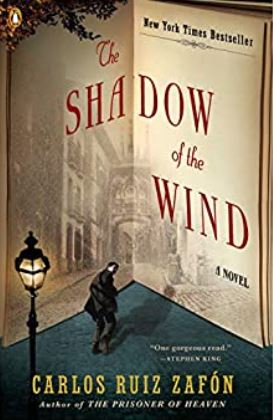 The first third of Carlos Ruiz Zafon’s The Shadow of the Wind, lauded by The New York Times and recommended by a friend, alienated me so I put it down. As I read, I wondered, “Did an incel write this?” The objectification of women felt that toxic. I texted my friend to ask about the objectification—if somehow the protagonist would grow out of it and redeem the novel. My friend said he hadn’t even noticed the issue, but he didn’t think so. I skimmed ahead. The misogyny appeared relentless, but maybe I’m wrong. I can’t say since I didn’t finish.

What book is currently sitting on your nightstand?
The friend who recommended Zafon and Nemirovsky (below) enjoys World War II and Cold War novels, so I’m making my way through Alan Furst’s Night Soldiers. He also recommended The Good German by Joseph Kanon, which I finished last month. I rely on this friend to suggest page-turners when I’m stressed out—which I am now—and most of the time he delivers. Through him I’ve also found Iain Pears’ The Dream of Scipio and An Instance of the Fingerpost.

What’s the last great book you read? The last book you recommended to everyone you know?
Last year I fell hard for The Collected Songs of Cold Mountain written by Hanshan and translated by Red Pine. I needed this ninth century Chinese hermit poet, especially during quarantine. I thought Dr. Harris might enjoy it, too, so I gave her a copy. She did.

Are there any classic novels you read recently for the first time?
Yes. Patrick O’Brian’s Aubrey-Maturin series—a nautical adventure with gay subtext—kept me riveted ten years ago. Only the last books in the series disappointed me. Having learned from O’Brian about British maritime history, I looked forward this year to C.S. Forester’s Hornblower: Beat to Quarters. But no. I hated it. Talk about racist! Yes, O’Brian’s subject is colonialist, but I argue the gay subtext and O’Brian’s extensive research make the series readable. Not so Hornblower.

Though it’s well-known, I would be remiss in not mentioning my favorite poetry collection, Hart Crane’s The Bridge. 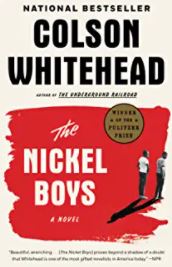 I don’t know that I would say interesting. Maybe haunting. Colson Whitehead’s The Nickel Boys (recommended by Professor O'Brien) taught me about the abuse and murder of African American boys at the Dozier School in Florida, a so-called “reform school.” Doesn’t that story keep coming up? We hear of similar horrors from the Catholic church’s Magdalene Laundries in Ireland and from Indigenous schools in Canada—and I would bet this is hardly an exhaustive list. So The Nickel Boys haunts me.

Do you prefer books that reach you emotionally, or intellectually?
If a book doesn’t tease my intellect it won’t reach my emotions.

You’re organizing a literary dinner party. Which three writers, dead or alive, do you invite?
I would invite Alice Walker, Margaret Atwood, and Adrienne Rich, but only to feed them and then eavesdrop. I wouldn’t dream of speaking because they would intimidate the hell out of me. I’d only make a fool of myself if I tried to keep up with them in conversation.

What book would you most like to see turned into a movie or TV series that hasn’t already been adapted?
I’ve waited a long time for Neil Gaiman’s The Sandman to hit the screen. It’s finally on its way.

What’s the last book you read that made you cry?
Irene Nemirovsky’s Suite Francaise made me cry. The surviving rough draft is a work of genius by an author who died in a World War II concentration camp.  I don’t know if I cried over Jennifer Clement’s Prayers for the Stolen (recommended by Dr. Seymour), but it’s entirely possible I did. Excellent novel. I feel like I should have cried over Deepa Anappara’s Djinn Patrol on the Purple Line, but I never reached that moment of total immersion in the text. It’s still well worth reading.

What’s the last book you read that made you furious? 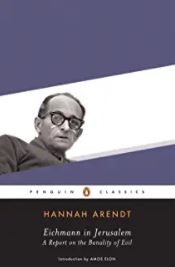 Hannah Arendt’s Eichmann in Jerusalem: A Report on the Banality of Evil infuriates me because of the prevalence of the Adolf Eichmann type in this moment. I’m not angry with the author or her chronicle, but at the resurgence of the kind of everyday evil that often precedes atrocity.