Do you have a guilty pleasure book?
Is it a cliché to say I don’t believe in guilty pleasures? Especially not when it comes to reading. I think reading should be enjoyable, however someone defines that, and if that means they want to read nothing but comic books or science-fiction, so be it. Or if they want to read romances and fantasy, that’s good, too. Or even if they want to be educated and they read a ton of non-fiction, as long as it makes them happy, that’s all that counts. (Those are some of my own favorite genres, by the way).

What is your favorite genre? Which do you avoid?
I tend to read mostly sci-fi and fantasy, though I’m willing to try anything at least once. Having said that, in the past I haven’t been a big fan of political thrillers, Westerns, war novels, anything that tends to focus more on action and conflict over characterization and relationships. That being said, I’m always open to recommendations, if anyone knows of any good books in those genres I shouldn’t miss.

What is a book that you’re afraid to read?
I don’t know that I’m afraid to read anything, but there are some books that I do need to be in the right mindset for before I can read them. Anything on the history of racism, feminism, or queer theory can be good but can also depress me or make me furious, thinking about the many ways humans can be cruel to each other, so I have to prepare myself mentally before reading those kinds of books.

What is a book you dislike/hate that everyone loves? Do you remember the last time you put down a book without finishing?
I probably shouldn’t admit this, as an English teacher, but I don’t usually like anything that calls itself “literary fiction” very much. I often find those books depressing and slow-going. I used to try to keep up with the “must-read” books that circulated through the literary world but finally gave up on them. I don’t remember the last book I put down without finishing, but it was probably a literary fiction book.

What book is currently sitting on your nightstand?
I always have at least two books going at once: one non-fiction and one fiction (for mornings and evenings, respectively). My last non-fiction read was Stoned by Aja Raden (it’s not what you think) about the history of human’s obsession with jewelry and gemstones. It was a captivating book, and quite funny, too. As for fiction, I’m currently re-reading Terry Pratchett’s Discworld series for the umpteenth time. It never fails to make me smile (even if it’s a rather cynical grin), and during the stress of the holidays, I like to relax with an old favorite rather than start something new.

Are there any classic novels you read recently for the first time?
Every year in the summer, I read a classic that I haven’t read up till that point. Last year it was Elizabeth Gaskell’s Cranford (thanks for the recommendation, Andrea Holliger!), and the year before that was Tolstoy’s Anna Karenina. This year I’ll read either The Count of Monte Cristo or Middlemarch, though I’m leaning more toward Dumas right now.

Describe your ideal reading experience (when, what, where, how).
While I can (and do) read whenever and wherever, my ideal reading spot is outside on a porch, preferably in a swinging chair or hammock. It should be a warm day with a cool breeze, and I’ll have a cold drink next to me. However, wrapped up in blanket on the couch when the temperatures are dropping outside is also lovely.

Do you have a favorite book no one else has heard of? 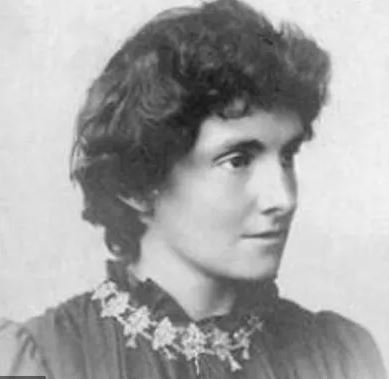 I’m always surprised when people haven’t heard of E. Nesbit. She was a British author in the late 1800s who wrote a lot of what is called “intrusive fantasy,” where the fantasy elements take place in our own world. Although I had read a lot of fantasy up to that point, her books were the first time I had seen the fantasy in our own “modern” world. She also used humor in her writing, which I hadn’t seen in fantasy up to that point. I still think she’s a great author, and I re-read her books whenever I need a quick pick-me-up.

Which writers – novelists, playwrights, critics, journalists, poets – working today do you admire most?
There are so many diverse writers out now, and it’s exciting to get representation in so many areas. Robin Wall Kimmerer, Rebecca Roanhorse, and Stephen Graham Jones are fantastic Indigenous writers (both fiction and non-fiction). Darcie Little Badger (who’s also Indigenous), Amy Rose Capetta, and TJ Klune are writing great asexual and non-binary rep. Carmen Maria Machado, Silvia Moreno-Garcia, and Kali Fajardo-Anstine are rewriting the horror and Western genres. And the Afro- and Africanfuturists, like NK Jemisin, Nnedi Okorafor, Nalo Hopkinson, and of course the queen Octavia Butler, are creating some amazing speculative fiction.

What’s the most interesting thing that you learned from a book recently?
After reading Stoned, I learned that wristwatches were originally considered to be feminine decorations, so much so that many men swore they would rather wear a dress than a wristwatch. Then came World War I, and generals needed to have easy access to their timepieces so they could coordinate their attacks with precision timing. Suddenly, wristwatches were seen as ultra-masculine, to the point where any man who had not served in the armed forces would be seen as “not manly enough” to wear a wristwatch. From super feminine to ultra-masculine accessories in just a few decades. Now, talk to me about immutable gender roles?

Do you prefer books that reach you emotionally, or intellectually?
I definitely need a book to reach me emotionally. Even if I’m reading non-fiction, I like to be able to find a story in it somewhere (or many little ones). If a book is purely intellectual, I can’t stay focused and usually give up on it.

What book might people be surprised to find on your bookshelf?
People are often surprised to find that this English teacher has so many math books on her shelves. Thanks to Aran Bercu, who introduced me to the wild world of hyperbolic geometry, and Todd Thomas, who indulged in my new-found interest by patiently answering my many questions, I fell in love with math a few years back and have thoroughly enjoyed my forays into it. (Having said that, I would love for a math or science teacher to do one of these blog posts; I would like to see what books they would recommend.)

What kind of reader were you as a child? Which childhood books and authors stick with you the most?
I was a voracious reader as a child. I could finish a book or sometimes two in a day (though, to be fair, they weren’t always long books). I was also rather indiscriminate in my reading. I would read anything I could get my hands on. I’ve slowed down since and can’t quite do a book in a week, though I certainly do my best to keep up with my ever-expanding TBR (to be read) list.

Have your reading tastes changed over time?
Not really. I still love to read fantasy and fairy tales, which were my favorites growing up, though people used to try to shame me for it and ask when I was going to “grow up” and read “real” literature. Now, I happily read what I want and feel no shame about my love for fantasy, science fiction, comic books, and all the other genres I was told weren’t “proper” literature.

You’re organizing a literary dinner party. Which three writers, dead or alive, do you invite?
I would love to invite Ursula K. LeGuin, Zora Neale Hurston, and Terry Pratchett. All three of those authors are brilliant, witty (sometimes scathingly so), and outspoken with strong opinions on everything. It would be fascinating to see how they would get along.

What do you plan to read next?
It’s the start of a new year, so that means it’s time for me to get started on my reading challenges. I don’t make New Year’s resolutions anymore (mostly because I never kept up with them). Instead, I do a reading challenge every year (ok, two of them because I’m a giant, flaming book nerd). At the end of every year when the challenges come out, I print out the list of prompts (anything from “Read a book that a librarian recommended to you” to “Read a book that you bought on vacation”) and make lists of what books fit into each prompt (I usually have two or three choices per prompt, since I do like to give myself options). It sounds a bit anal-retentive, but when I have some parameters around my reading, it helps me read more diversely, since some of the prompts might include books I wouldn’t have thought of otherwise. 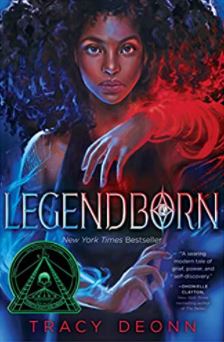 Legendborn by Tracy Deonn surprised me with its depth and strength of story. I was expecting a fun, diverse retelling of the King Arthur legends, and while that is definitely in there, I didn’t know that the main character’s mother dies (on the first page, so this isn’t much of a spoiler), and the rest of the book shows her dealing with the guilt and grief she feels. Some of the scenes where she was thinking about her mother were so raw and emotional that I cried, thinking about my own grief when my mother died a few years ago.

Where do you find your books? Where do you look when you’re searching for your next great read?
I follow a lot of book people on Instagram whose recommendations are often right on the nose for me. I also read the Book Riot website, which gives so many diverse recommendations that my TBR list is always miles long.